What is all the fuss about a big rock in the middle of the desert?

I was about to find out. 30 years ago there was nothing there but a dirt road and some campsites.

We boarded the plane in Alice Springs after breakfast and flew for over an hour to cover the 500 miles. Everyone was on the edge of their seats as we approached we saw paved roads and a small town. 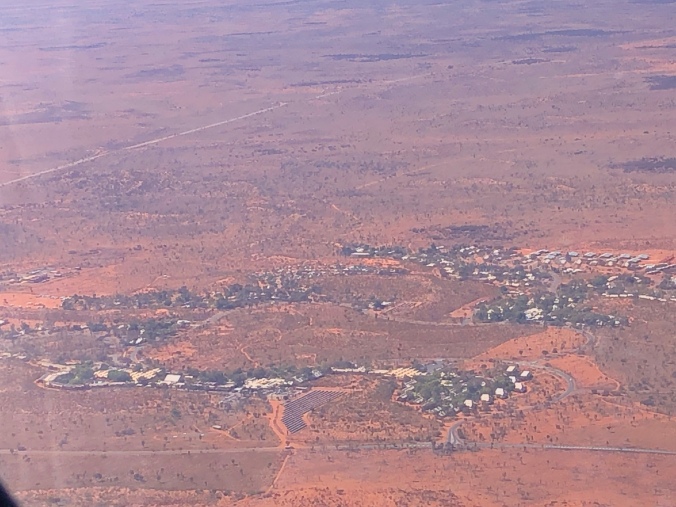 The brochure for the trip promised a flight around the rock first in one direction then in the other. There it was the largest single rock in the world.

After passing one way and then another we moved on to another amazing rock formation the Ogalas.

A close look revealed the Uluru in the distance.

We flew right over the top and got a close up look at the amazing colors and undulations in the rock. 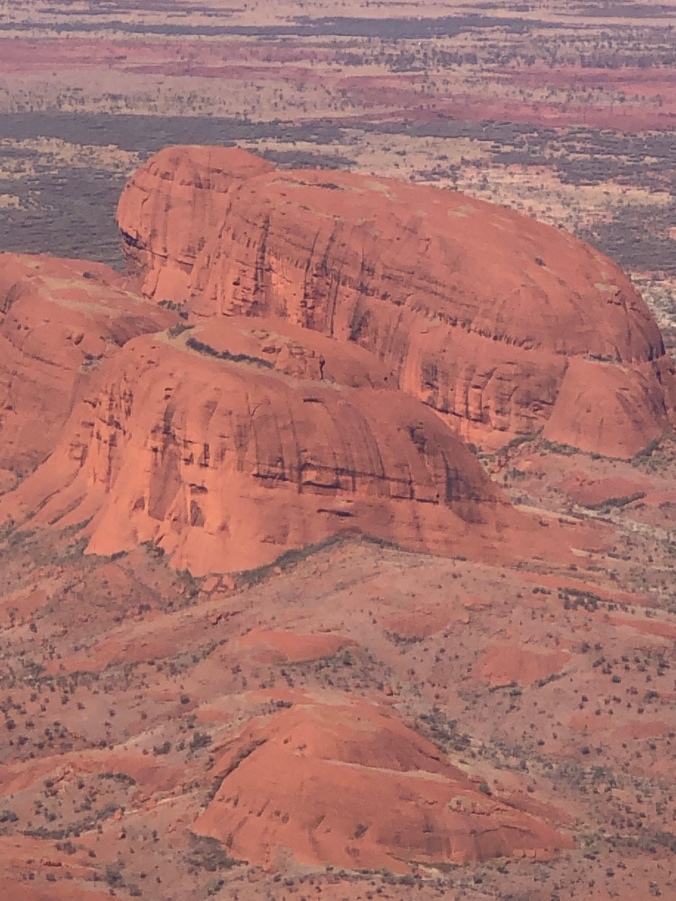 The plane touched down in the modern Uluru airport and we were greeted by John Irving the owner of Heron Air. He took us in a small van to have the Undara experience from the ground. First, we drove to the huge Ogalas. 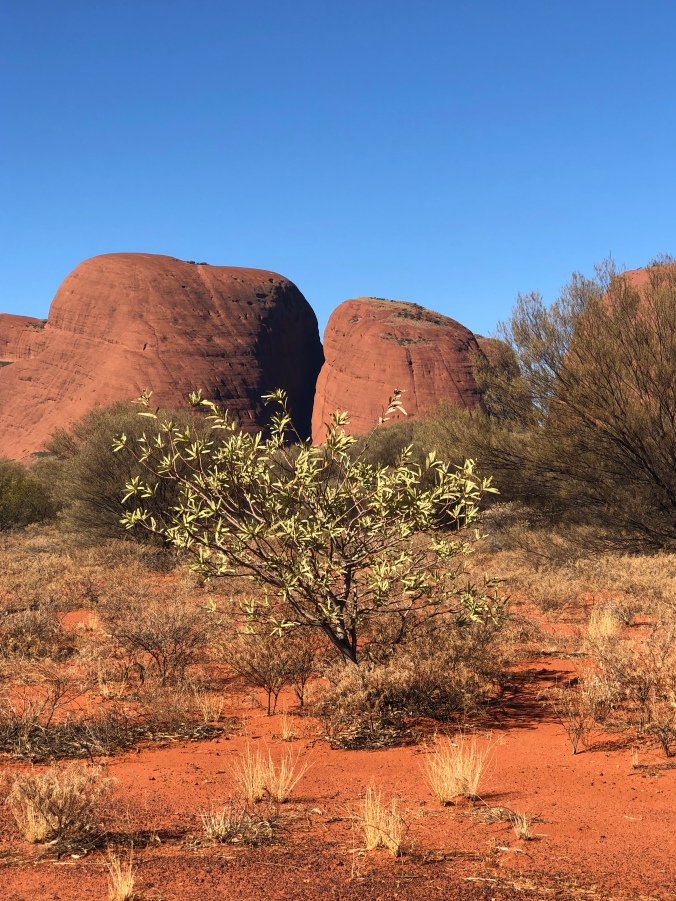 We stopped to see where people were still allowed to climb Uluru until October when it will no longer be allowed: 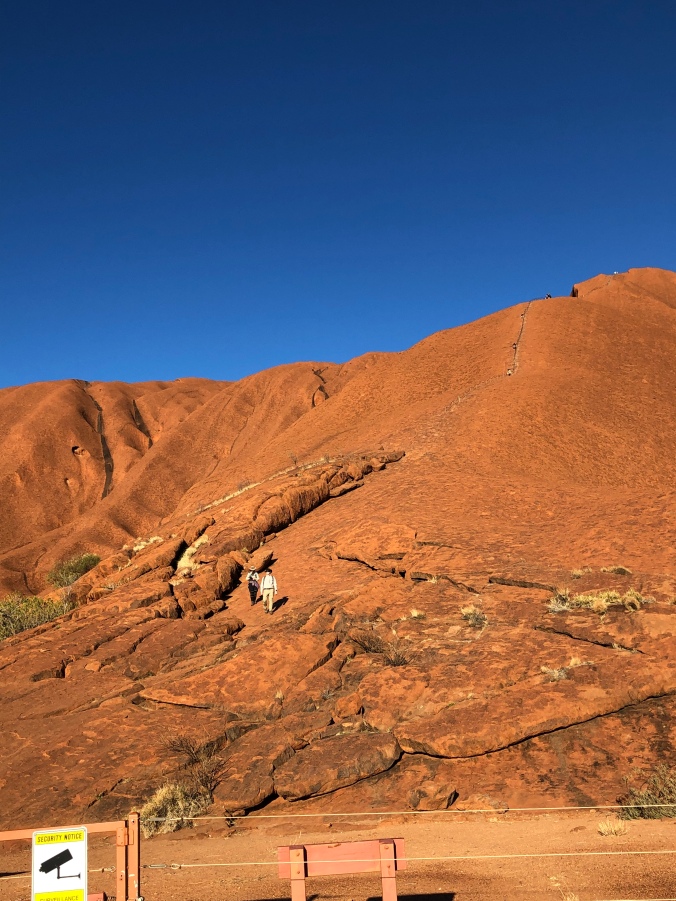 Then it was on to the cultural center where I fell in love with the desert oak. It had the grace of a willow with small vertical yellow-green leaves. 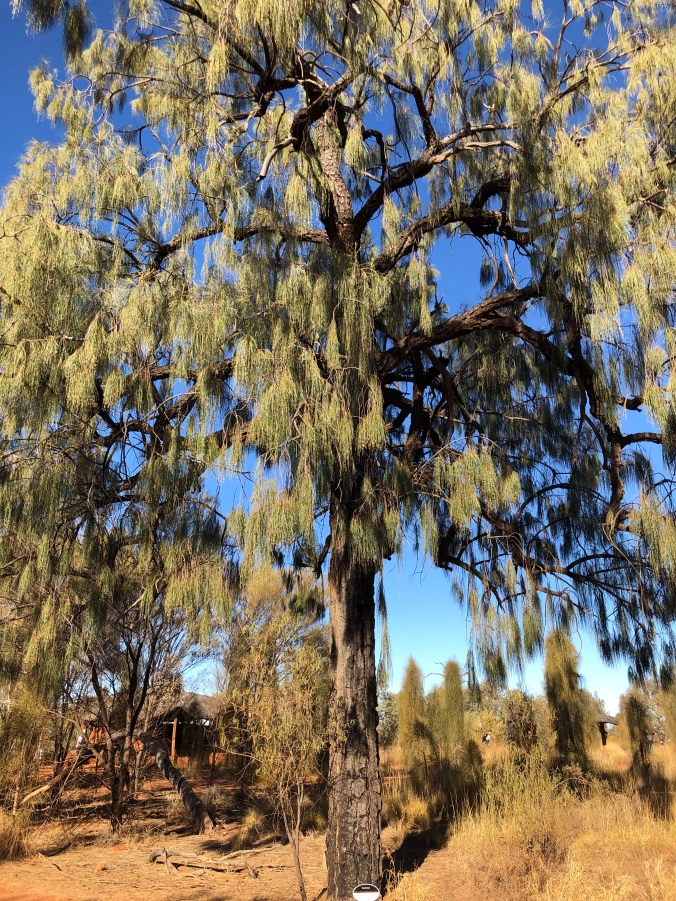 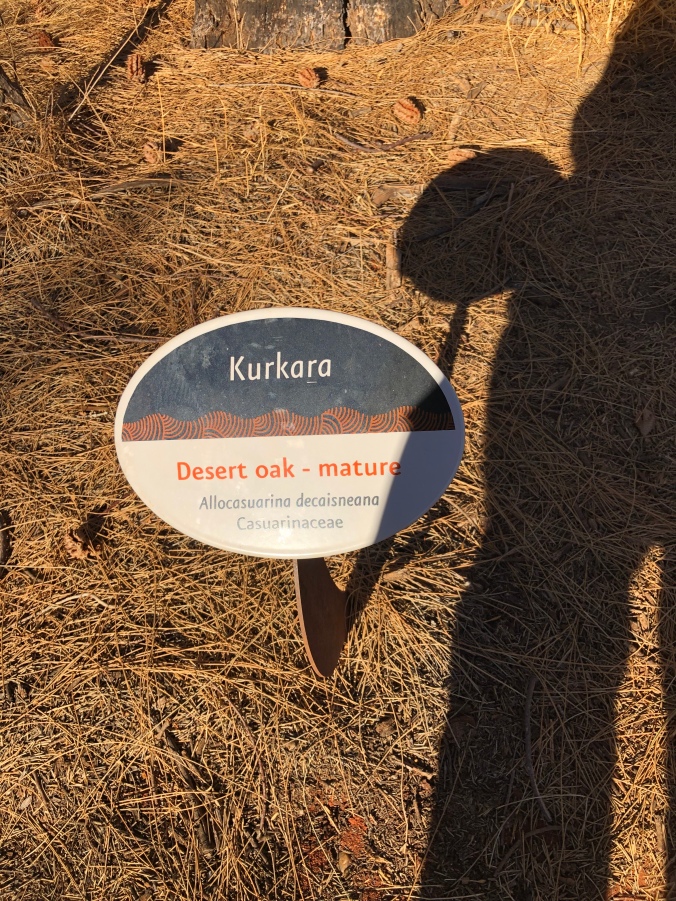 I tried to purchase a beautiful seed pod from this tree but instead they gave it to me. I was also fascinated by the soft spinifex grass which they used to make this roof: 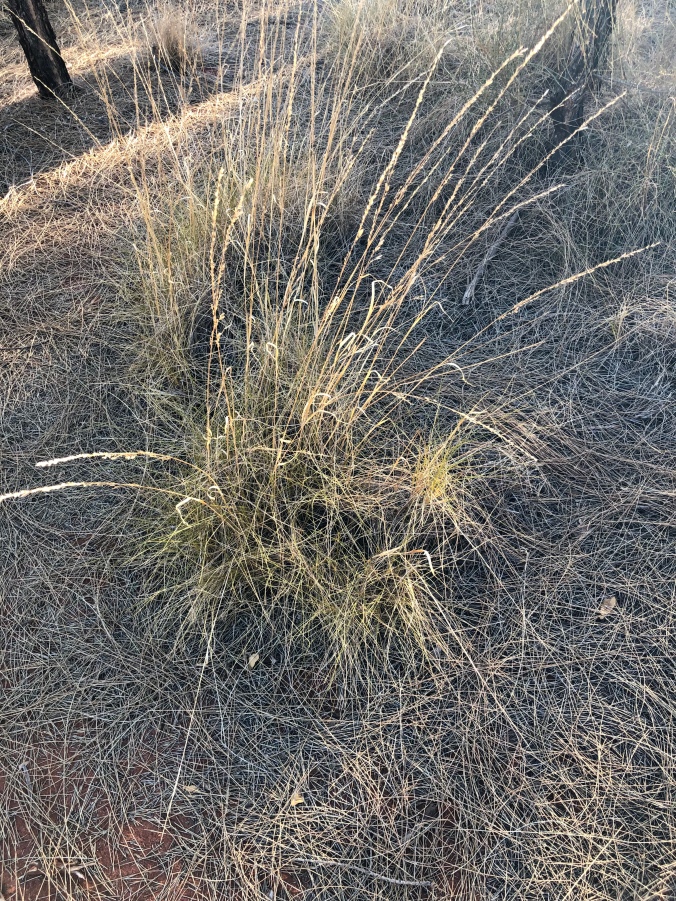 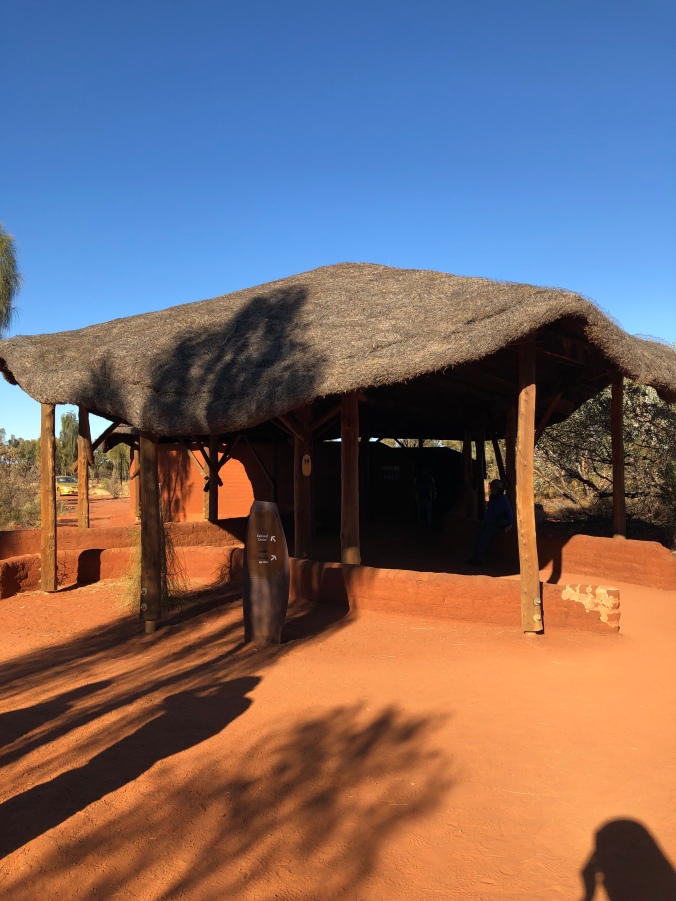 Then we boarded the van again and went to the west side of the rock.

Cars and people were lined up along the fence like they were waiting for a parade or tailgating before a football game. We were about to see the sun play its light upon the rock. First, it was just a dull dark brown: 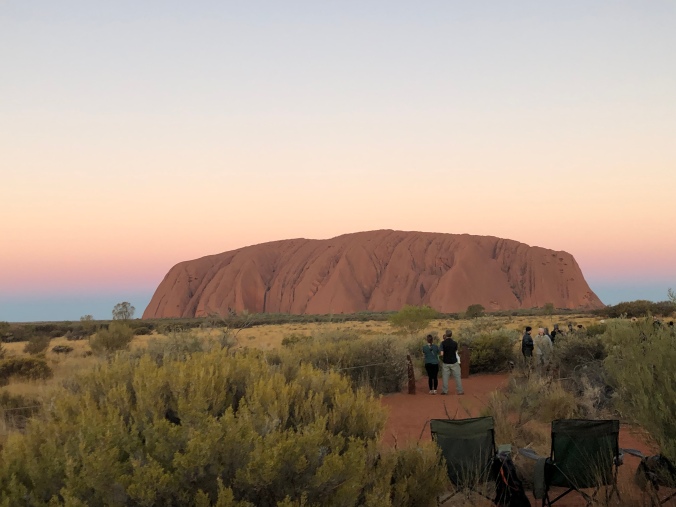 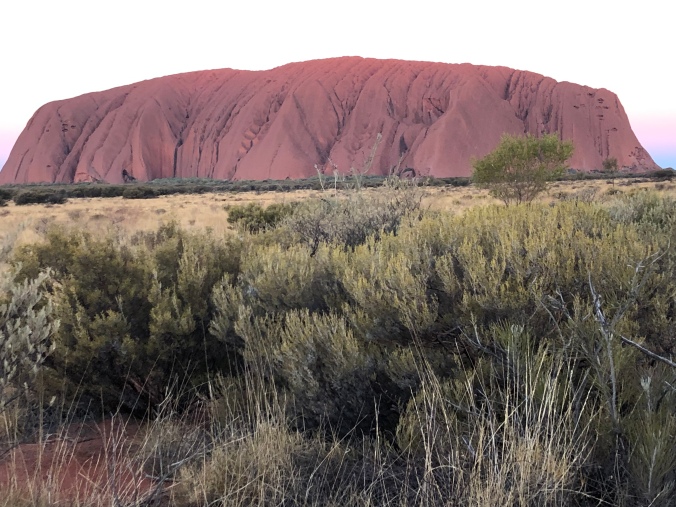 Then it turned a purplish brown and then it glowed with golden orange light. 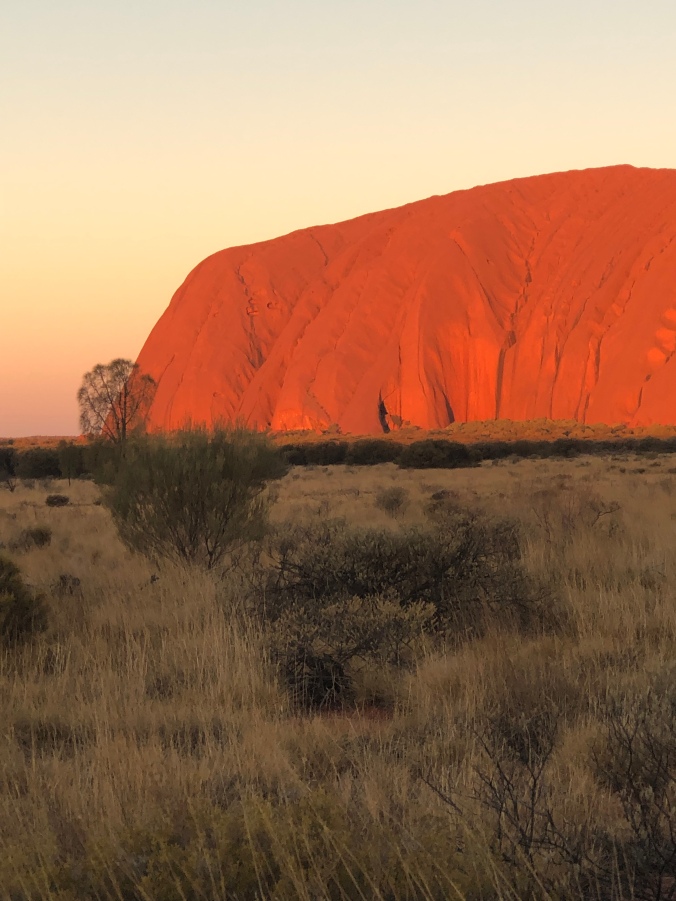 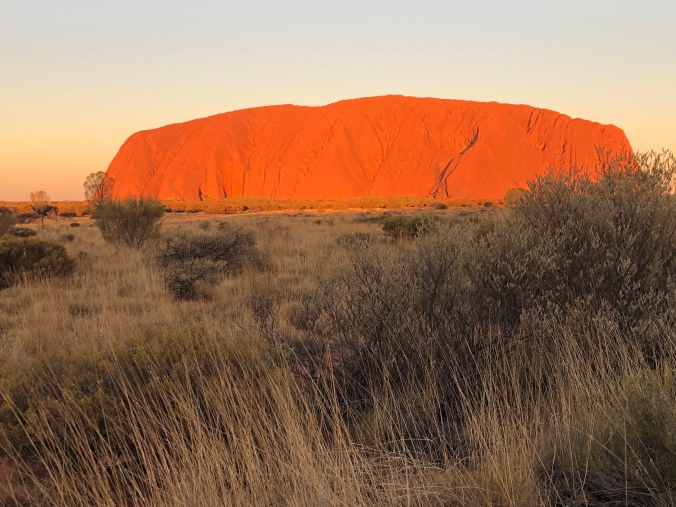 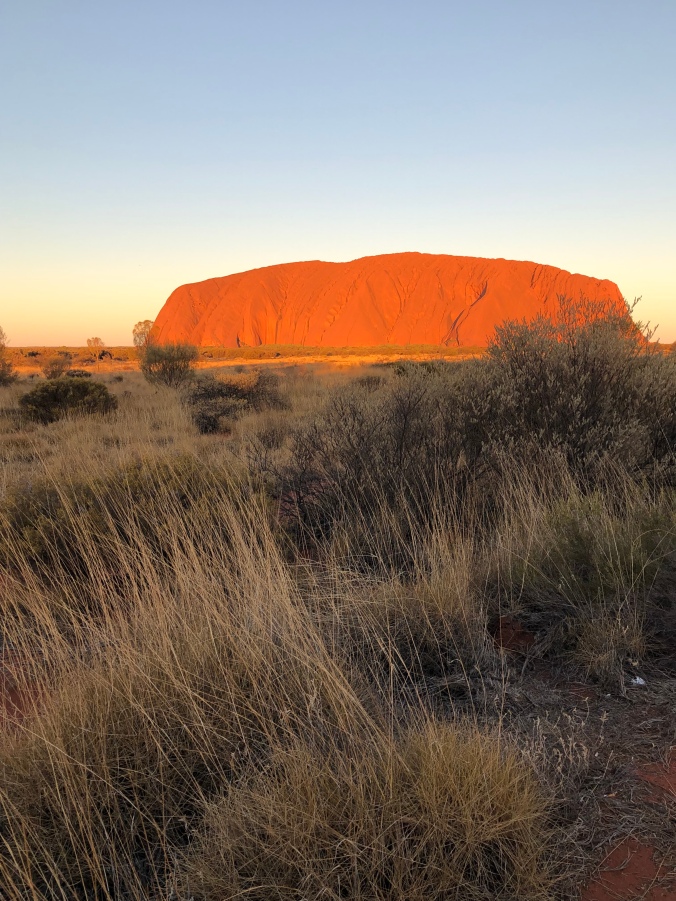 I took picture after picture totally mesmerized by the sight.

The day was still not over. After the sunset, we had dinner at Uluru and then got back on the plane to fly back to our motel in Alice Springs.

A pilot later told me how he loved flying in the outback at night. The skies are clear and empty of traffic but I wasn’t so sure. The passengers strained to see what the pilot was being guided by: 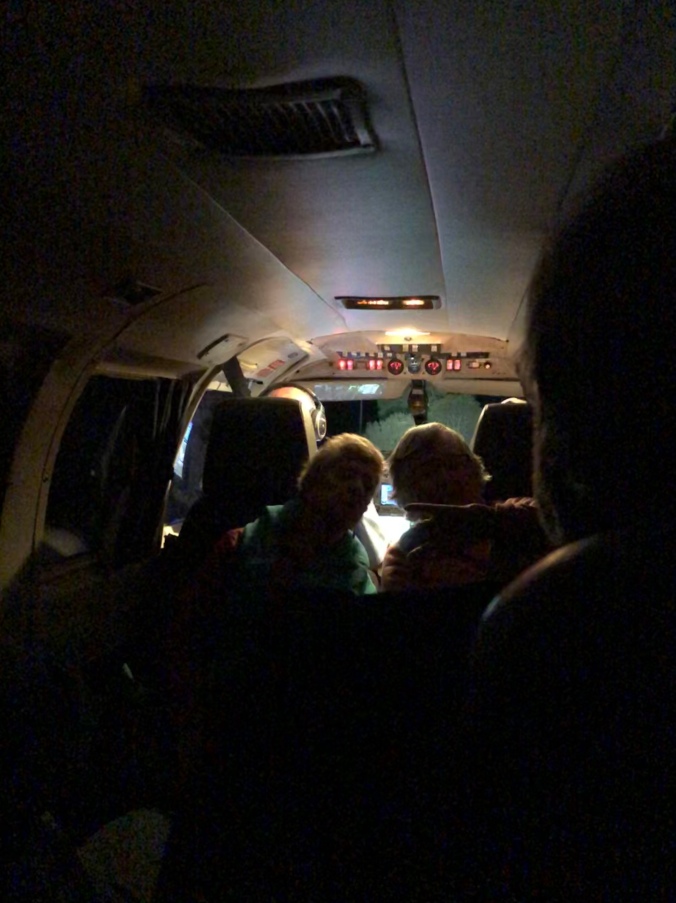 As we started down the runway all we could see was the brightly lit control panel and the white runway lights converging on either side of the plane. As we lifted into the black sky the white lights disappeared.

We didn’t get safely tucked into our temporary beds until after 10:00 pm.

One thought on “Uluru (Ayers Rock)”