April 29th we survived driving through the tunnel under the Sydney harbor to find a small airport nestled in the western Sydney suburb of Bankstown. GPS directed us to the wrong side of the airport. A phone call to john Irving at Australia by Heron gave us directions to airport avenue and the terminal. We asked for a good place to stay. “The travel lodge is close by”

We were expecting a ground level motel but instead we were confronted with a high rise with secure underground parking. We drove into the garage and had no idea where the registration was or even the motel itself. The power steering was grinding like it was about to die. Wal opened the hood of the car and listened closely as I turned the wheel. Rat a tat tat it screeched. I stopped turning rat a tat tat we heard as another car turned its wheels on the sticky coating that covered the garage floor.

Now we knew the car wasn’t broken we still needed a place to stay. Another phone call told us the were only two rooms left. We were too tired to drive anymore so we took “an executive sweet” and wandered around searching for the lift. All the signs said sports club not travel lodge. After asking the sports people we finally found the right elevator.

We slept and got up early to arrive at the airport. Only 5 passengers got on here the rest wisely decided not to come to Sydney but to join us in Longreach.

After two and a half hours we arrived. 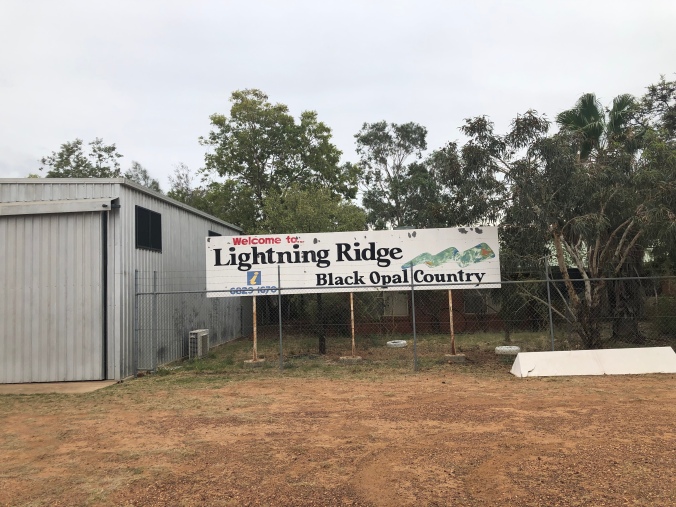 The desolation that surrounded the airport exceeded my expectation that life was hard in the outback. Abandoned cars littered the barren landscape.

Although it was autumn the temperature had already reached 88 degrees Fahrenheit but it summer it can reach 122 degrees Fahrenheit. But the people who live here learned to love their life. They make a claim 50 meters by 50 meters and find and polish the opals that provide their livelihood. Although some also thrive on the tourists who come in the winter. We visited a house constructed of bottles 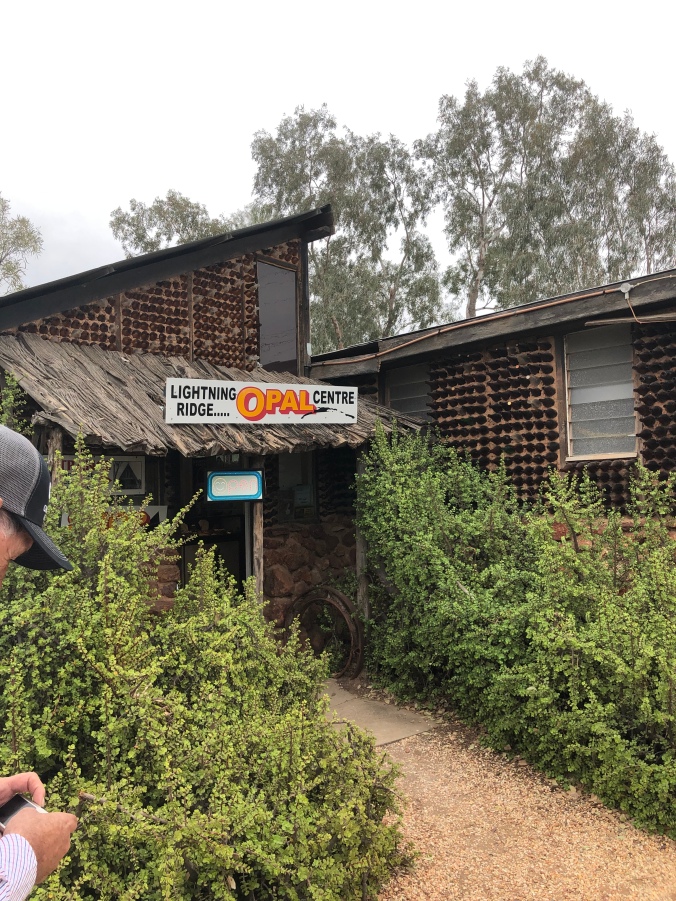 I had to purchase opal earrings here.

An open pit where fortunes were made called lunatic lookout: 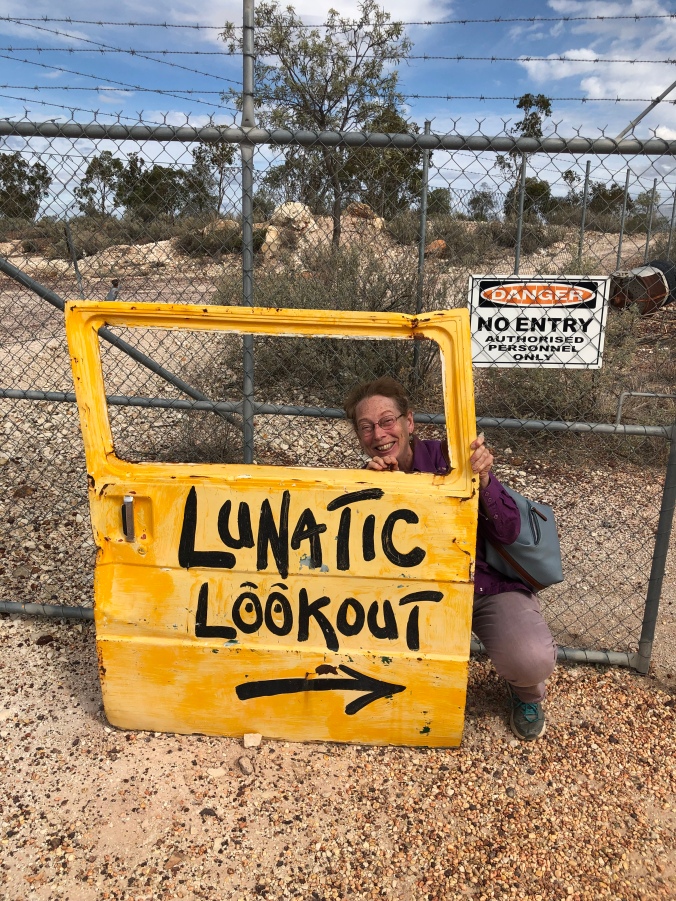 They had so many abandoned cars they use the doors for signs plus they don’t get eaten by termites. 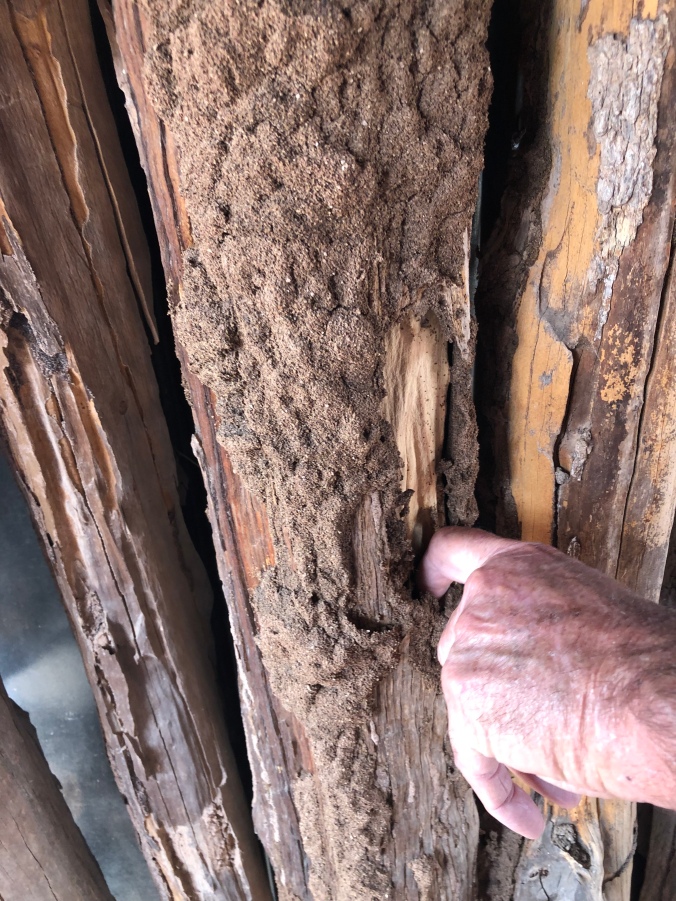 In this humpy the Timber is rotten from termites.

Most claims are mined underground where the temperature is 55 degrees Fahrenheit year round. We toured a mine that had not been very productive we walked down stairs to get inside but the original access was by this ladder.

Ladder entrance to opal mine

The ceilings were not very high. They showed us the vein where the opals would appear if they were there. The miners dig out this dirt and sifted it looking for opals then rubbed it to see what quality it was. 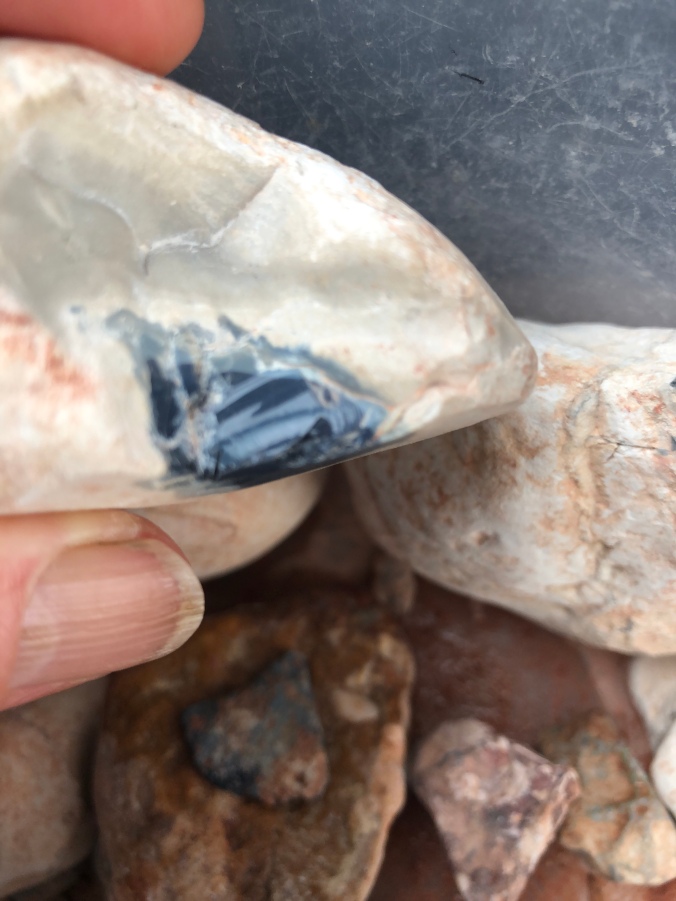 A nobby an opal in a rock 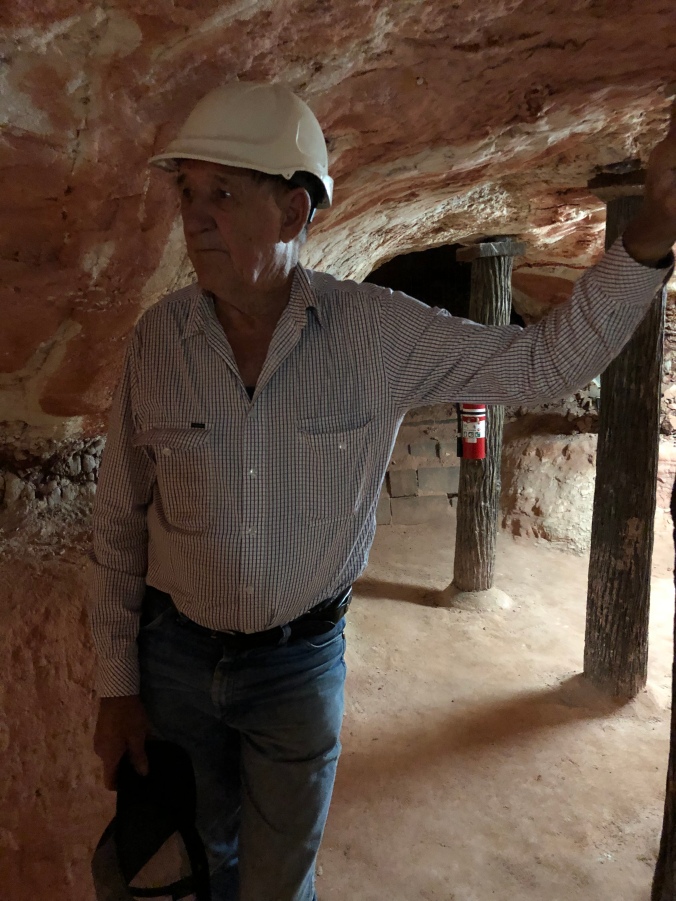 In the opal mine

Most people that live in Lightening Ridge nowadays have more modern home and the fall flowers were beginning to bloom. 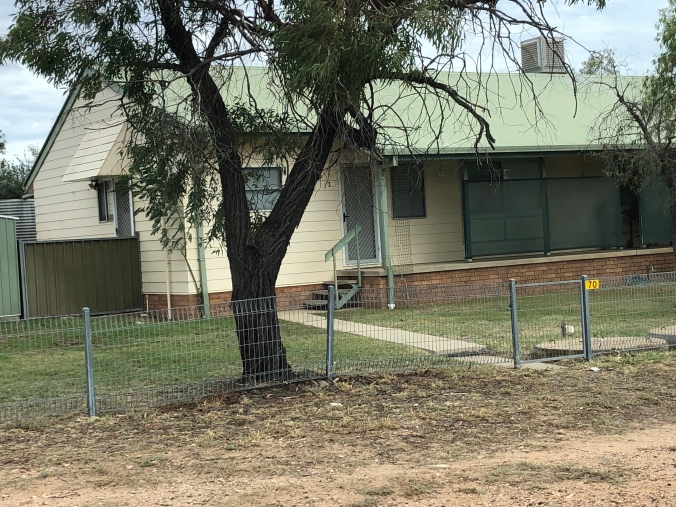