We slept well in the peace and quiet far from city streets. We had breakfast at 8:00 and got in the van to the boat at 8:40. The road to the dock was closed to tourists because it was underwater but the tour guide had permission to use it. The van was very high and tolerated driving through water. 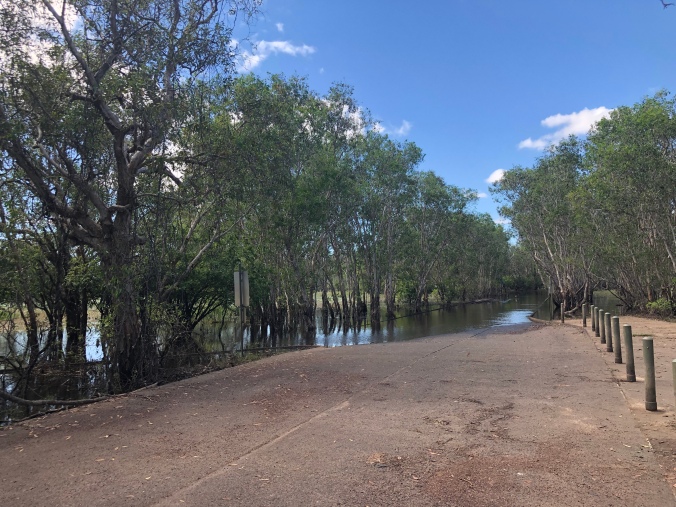 The guide gave us very clear instructions .”Just walk straight over to your boat.”

He didn’t say why but we were going on the misnamed alligator river, swimming there might not be wise.

The boat progressed slowly and quietly through the yellow water while the guide patiently pointed out the incredible diversity of wildlife.

The whistling ducks flew overhead and landed in a mob on the river bank.

We continued on and spotted our first crocodile. It look like a log floating under a tree.

The guide explained that it was probably a young female “they are smaller than the males. Crocodiles have been around for 150-250 million years since the dinosaurs. They have a four chambered heart and can slow down their heartbeat to 5 beats per minute. They can go for 18 months without eating. Yet due to intensive hunting in 1970 there were only 3,000 left in the wild. Now there are about 100,000.”

A magnificent specimen swam along beside us as our guide described his speed. Further upstream we came across one sunning in the mud on shore.

On a bend there was a crocodile nest. A young female had made the nest out of season everyone else could see the female’s eyes sticking up out of the water near the nest but I couldn’t see it.

The nest is the pile of sticks near the small white tree. Females guard their nests and watch after the young when they hatch.

The next crocodile we spotted was set up totally still waiting for lunch to walk into his mouth.

He is hard to see so it would be easy for a small creature to walk into that huge open mouth. If you look closely there is a flap at the back of his mouth that can close so he can bite fish underwater without swallowing any water.

These fishing birds use leaves to teach their young how to throw their food in the air so they can swallow fish head first. If they get it wrong they choke on it.

Three types of Melaleuca or tea tree grow in the park. The aborigines use the flowers to make a tea and for cooking containers in addition to its use as an oil. 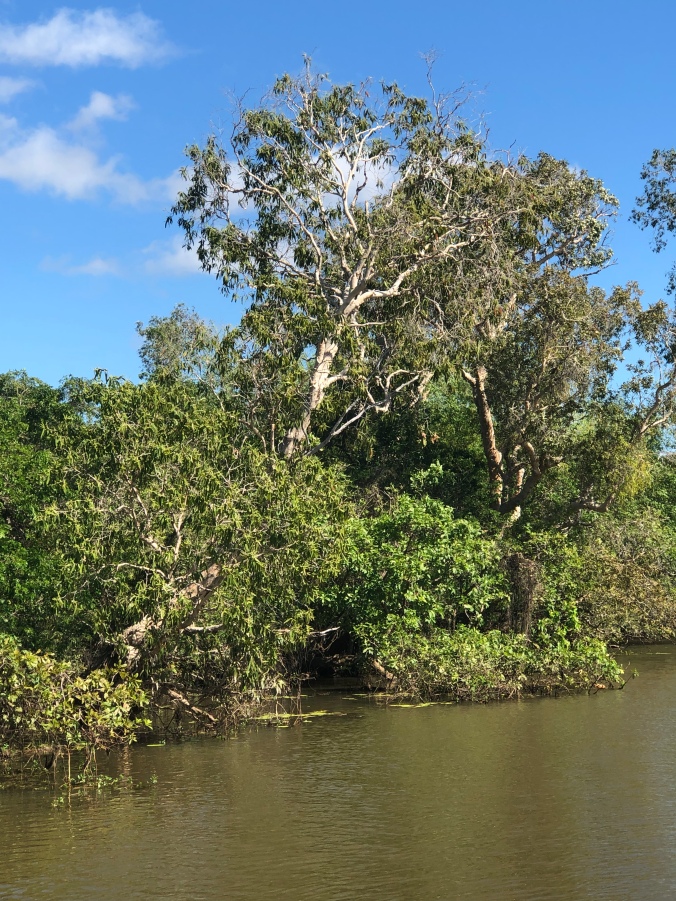 This time of year many different types of birds come to the park to feed including pelicans. 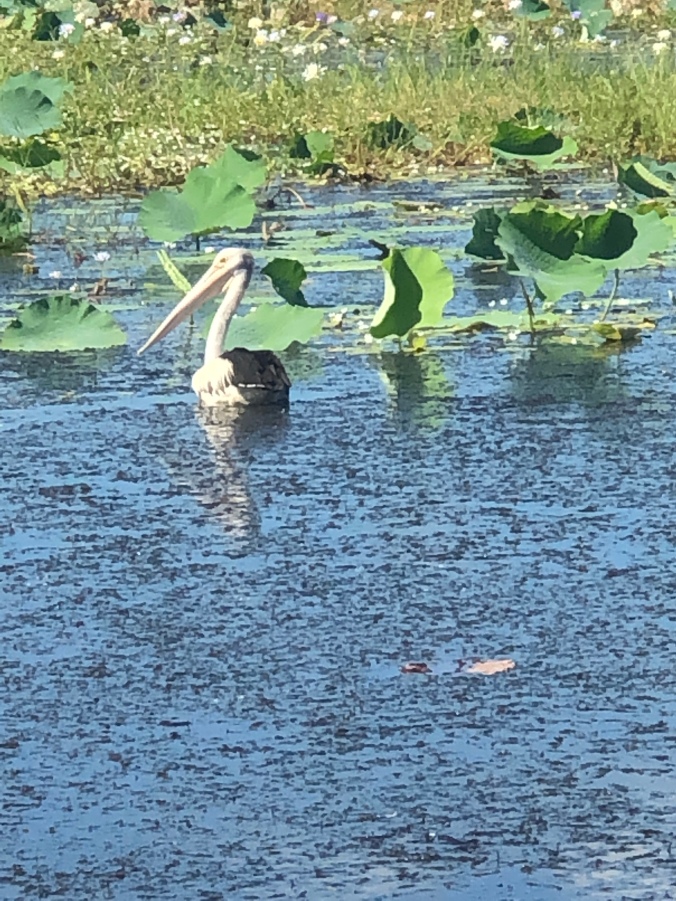 This amazing little bird is nicknamed the Jesus bird.

We saw all of this in just two amazing hours. I wished I could have stayed longer in Kakadu National Park.