The main purpose of this journey was to do the reverse of what mother did when she came to America in 1923 and to share her story with my family and the people who still lived in Peachester.   Mother’s paintings surrounded my childhood and she told me stories of a dream world before my time.  It was a time and a place which probably no longer existed.

I’d been to Peachester before in 1999, and I’d shared photos from mother’s homestead and paintings she’d made with the historical society.  In my book Visions from Two Continents I’d brought her story to life and I wanted to share that with the people in Peachester.  I’d contacted the historical society before I left America and I was scheduled to do a reading from the book there on March 2nd.  I was a nervous wreck, although I try desperately to be outgoing, but I’d still like to go and hide in the bathroom like mother did when she had her art show.

We flew from Sydney to Brisbane.  The airport routine was familiar, get your ticket, go through security, wait for your plane.  The only difference was that people who sat in the back of the plane got to go outside, down the steps and climb up the steps into the back of the plane,  It was much quicker and more convenient than having everyone walk in the front except my carry on was very heavy.

Flying over Brisbane I took photos from the plane:

We got off the plane and onto a train that would take us up to Beerwah the nearest train station to Crohamhurst and Peachester. We read the signs and asked questions.  People tolerated our large suitcases taking up seats on the train.

Helen, the president of the Peachester Historical Society  picked us up on Saturday and showed us around.  Our host at our air B&B picked us up at the train station. Everyone was unbelievably helpful.  I was close to the home Mom had always talked about. Where was that home at the base of Candle Mountain shown in this painting?

It had been planted with pine trees, most of the topical trees that were there before were gone.   A broken fence marked the road where the house once stood and a sign stood where the school once was. 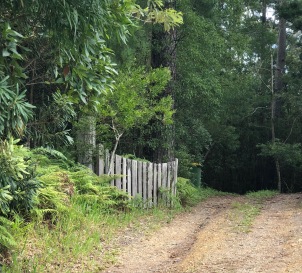 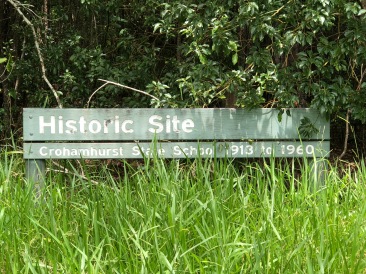 Helen took me to the cemetery.  It had a lovely new gate and the community had come together to preserve some of the past. 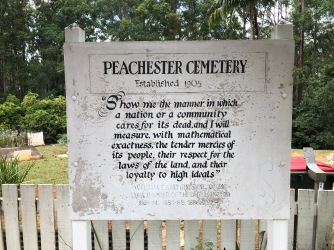 The characters from the first chapters of mother’s book, my grandfather Dr. George Charles Buchanan, Bob Breton and Inigo Jones, lay resting together in that cemetery, all arguments long forgotten: 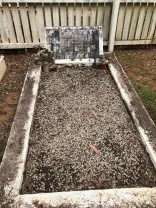 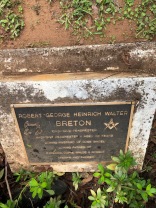 I was honored that in the heat of that day, high humidity and a temperature of over 30 degrees celsius more than 40 people came to listen to me read from my book at the Peachester Hall.

But I was still looking for that bush that mother described.  I found a place in the glasshouse mountains. An ecolodge it was called.  I thought perhaps there I would find the home that mother had described.

The heat dissipated a bit when it started to rain.  It rained, or rather poured for four days straight.  We went to stay in an Ecolodge in the Glasshouse mountains still looking for the bush that mother had talked about. 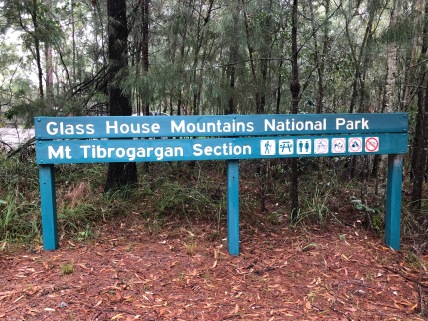 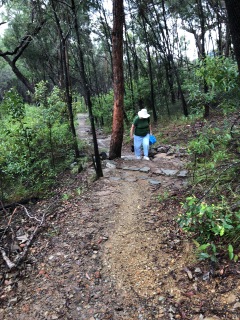 The mountain views were beautiful: 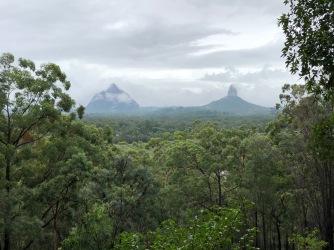 I was invited back to Peachester where I spent a week on the farm that still existed next door to where mother had lived.  It was like a trip into the past. The Queenslander house had been built in the 1930s on posts above the ground, windows and doors opened all around to the views below.

Back door of house

View of the house from field 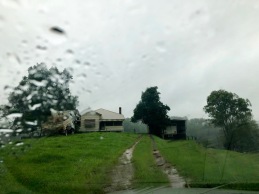 Up driveway in the rain

The rains caused the pasture to gleam with vivid greens.  A clear stream flowed through the property and native plants thrived. 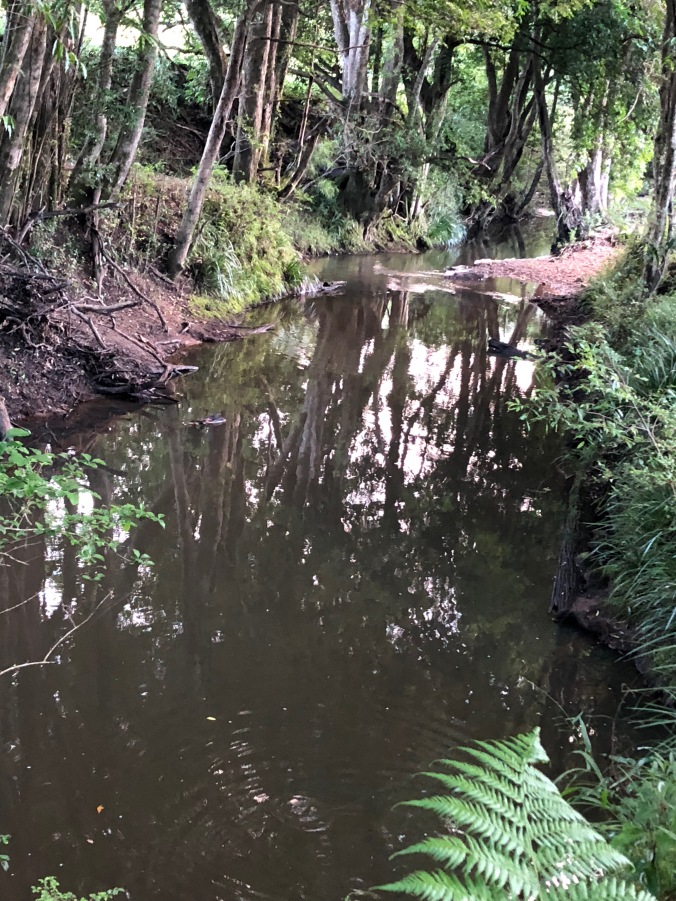 Although I did not see him a platypus lived along the banks of the stream. This seemed like the magical place mother had called home.