First of all I’ve never been actually bored sailing even in a 25 foot sailboat.  It was a state of meditation, at one with the waves, the wind and the clouds.  How could one possibly be bored surrounded by all of that.

On the Cunard Elizabeth, I sometimes felt separated from the waves, the wind and the clouds, but usually I could go out on Deck 3 and walk around and feel the intensity of the ocean that surrounded us. 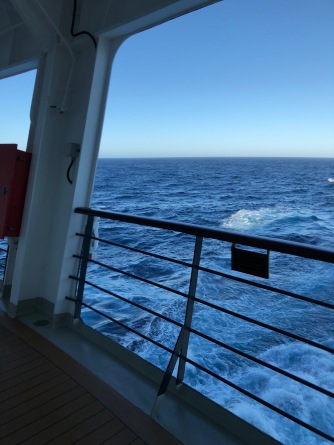 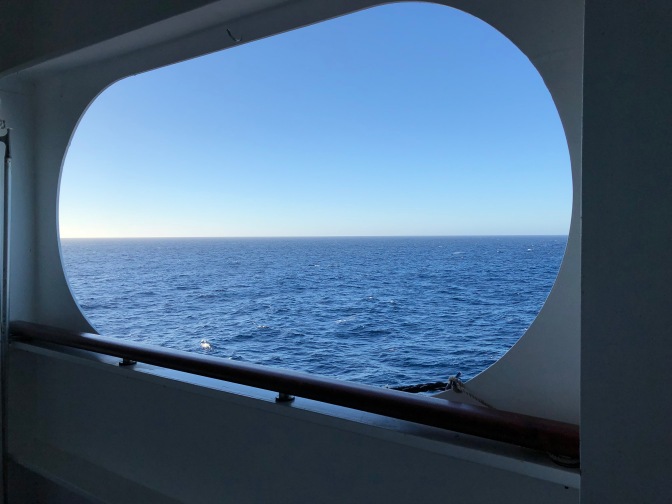 It was the walking with the sea down below me, surrounded by views that blew my mind away. Around, and around each step a new adventure.

Of course on the cruise ship there was lots of entertainment to keep the passengers from being bored. There were multiple performances and lectures in the Royal Theatre: 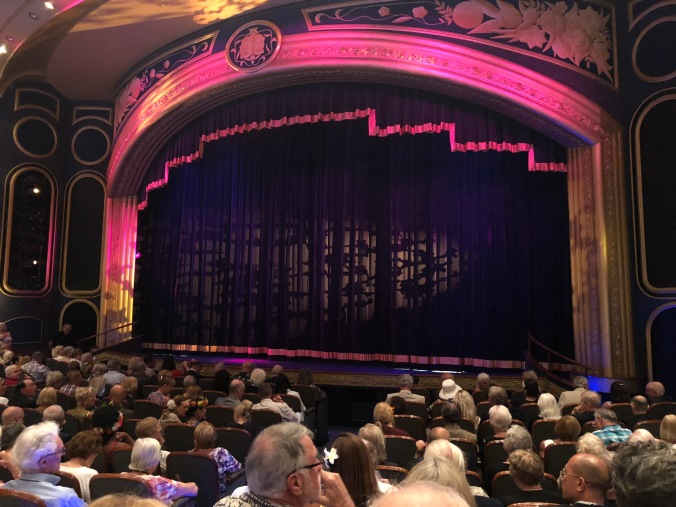 Or one could attend a concert in the Queens Room.  The concerts included a flute and piano duet.  They played some pieces I’d played on my flute, and brought me back to those days. Then in the evenings there was a string quartet, and a piano player.  A harpist often played as we walked by on our way to dinner.  They all helped create a beautiful calming atmosphere.

Or dance lessons. They even had extra gentlemen dancers for ladies who were alone or whose spouses couldn’t dance.

If the weather was good theres was chess on the deck: 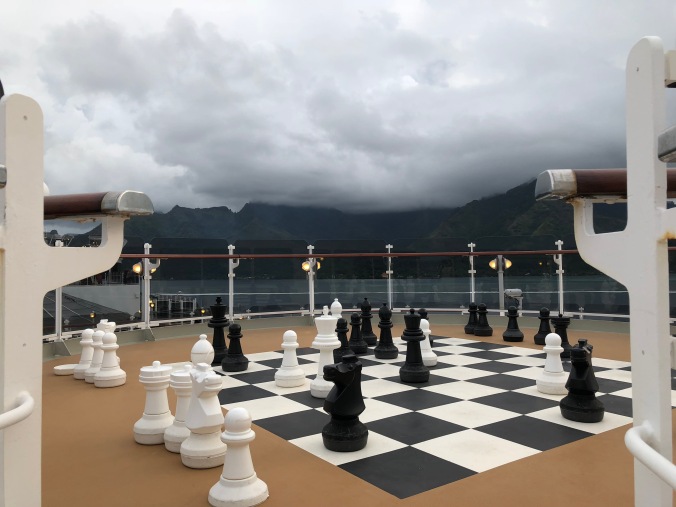 But I never saw anyone playing it. The large chess pieces looked fascinating against the mist over the mountains in Bora, Bora.  They were arranged on one of the top decks.  One walked to the top and the stairs and there they were adult sized against the sky.

They also played croquet and racket ball out of the deck.

There were two pools, a midship pool and a pool in the back of the ship. They were both up on Deck 9. Every evening the stewards would fold up the lounge chairs and put them back out in the morning.

If walking and dancing and swimming weren’t enough activity there was the gym with yoga mats, and exercise machines all up on deck 9 with an indoor view of the ocean.

There were about four days were the doors were locked because of high wind waves and we weren’t allowed to go out on deck  Those were days when extra ginger was consumed to calm raging stomaches.

There was a group morning stretch everyday we were at sea at 7:30 am.  It was followed by a foot exercise torture. Everyone who stayed for this got a round rubber torture thing and set it on the floor below a balance bar.   We gingerly proceeded to balance our bare feet on this rubber this with pointy knobs.  We all grimaced as the nerves in our feet responded to this pressure.  We rocked back and forth everyone ughing under their breath in a quiet explosion of pain.  This continued in different forms for about 15 minutes.  Finally when it was over my feet felt wonderful: 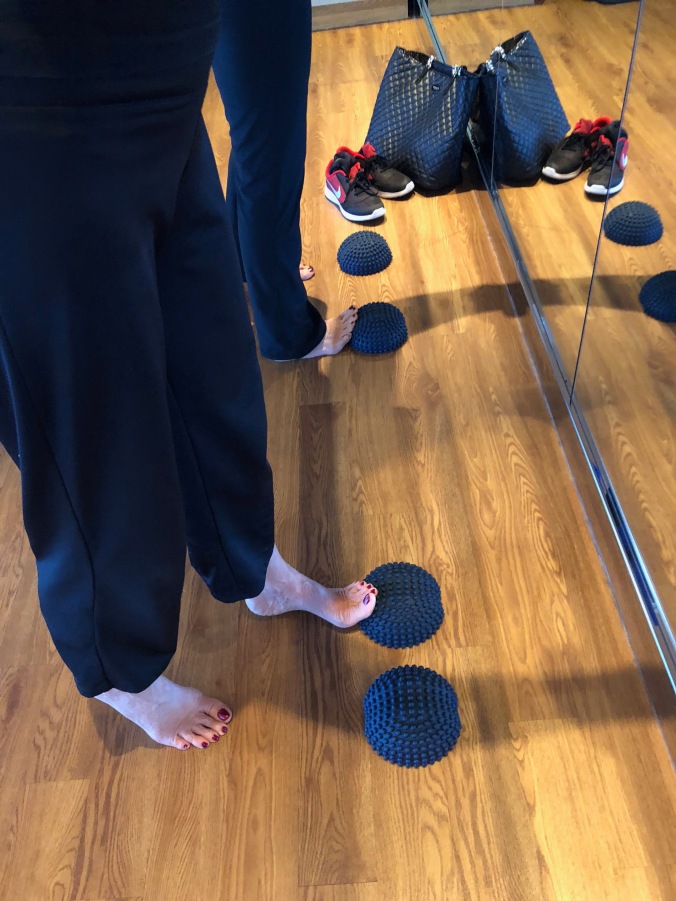 I was reminded that I was on a boat by the gentle sway and the constant repair that the crew maintained:

The smell of fresh varnish would remind me of spring and boat maintenance in Sturgeon Bay.

I enjoyed returning from dinner with the sheets turned back and chocolate lying on the bed.

It was a wonderful experience and I arrived in Australia without jet lag. Will I do it again soon?  Probably not soon, but then maybe it will happen again later.  I will be flying back home in early May till then stay safe and warm.