Not long enough!!! The ship stopped in New Zealand for two days. 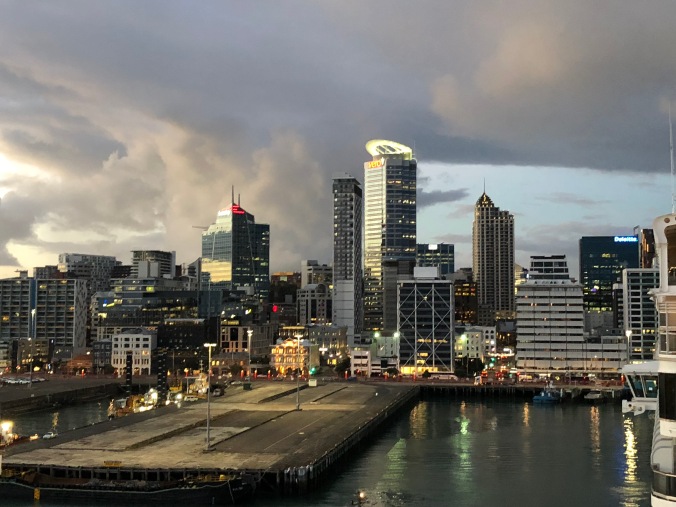 Once out of the city, the countryside shown in its emerald glory. 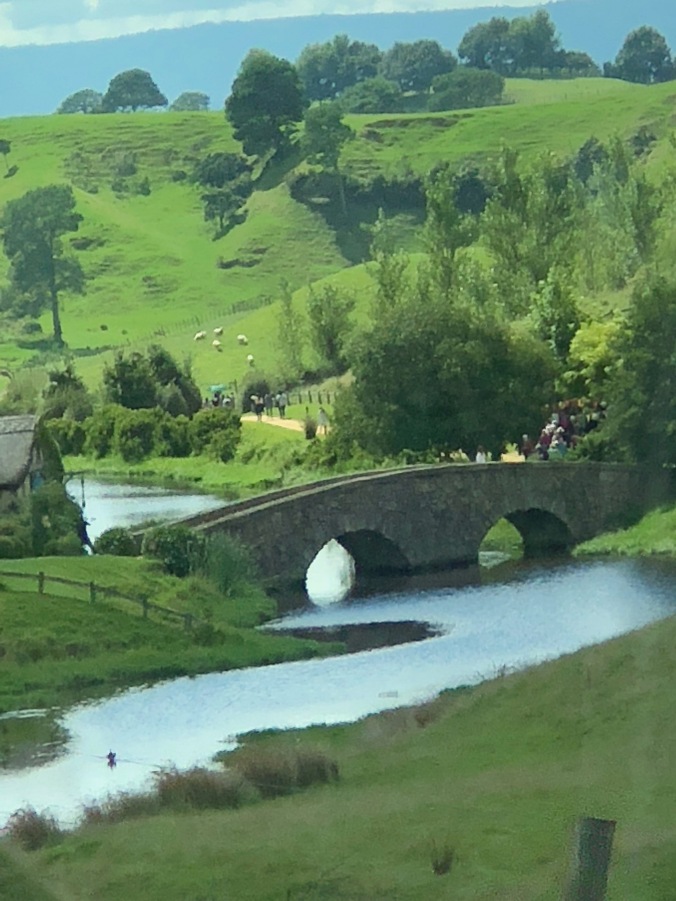 On the first day we took a tour to the Hobbiton Movie Set, and spent four hours on the bus getting there.  Way too long!  The bus went straight there and did not stop for photo ops.  The movie set was adorable: 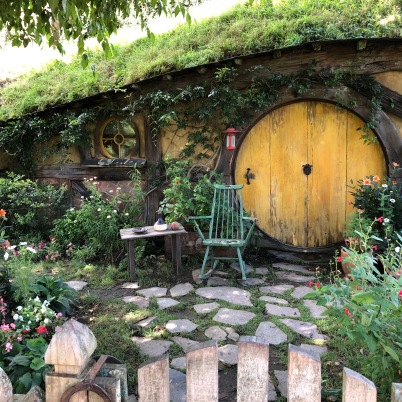 The second day was another tour in Bay of Islands.  There was so much to see that we felt rushed and confined on another bus tour.   My recommendation is if you go to New Zealand, just get out and go.  Don’t get stuck on a bus.  It is breathtakingly beautiful.  Everywhere I looked I felt overwhelmed by pastoral beauty.  There is something about lush green hills that calms the soul.  Although it was cute and fun, it wasn’t necessary to go to a movie set to be in awe of New Zealand. 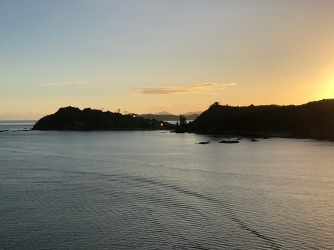 View of Bay of Islands 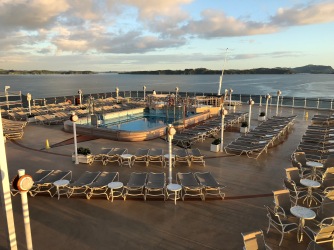 view from the ship’s pool

The view from the ship was fantastic. We went in the small boats and took a bus trip along the  shore inland to a forest preserve.  On the way we stopped and had a marvelous lunch at beautiful resort. 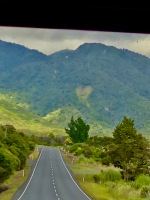     But that was just the beginning of this day that tried to squeeze all of the Bay of Islands into one bus trip. It just did not all fit. I was reluctant to leave Omapere, Northland and get back on the bus and leave this lovely spot, I squeezed in an extra walk among the huge sandstone borders along the beach: 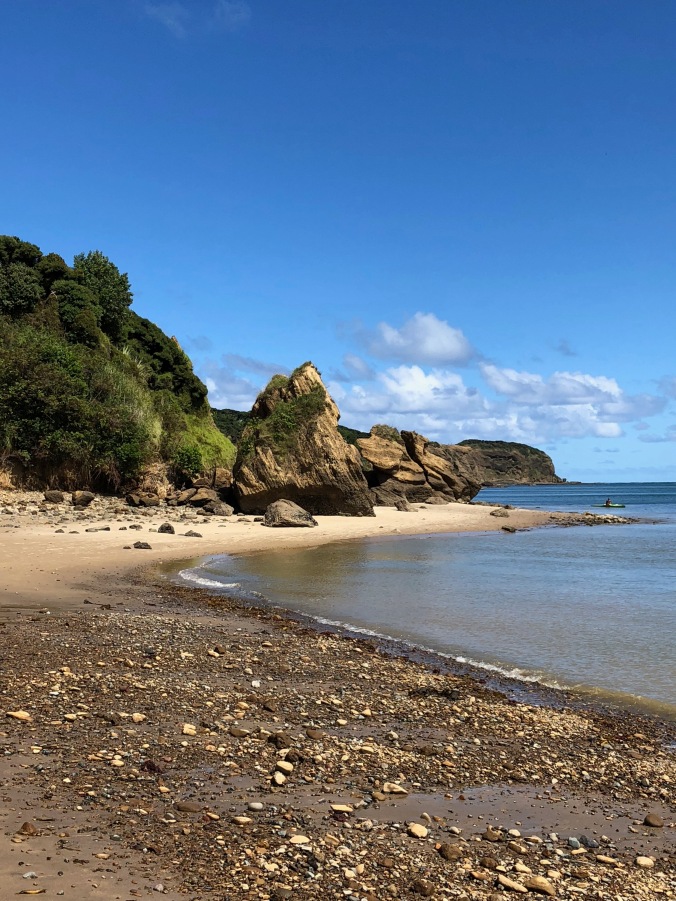 After lunch we continued inland and we were held up by a small town festival.  The sheriff and his ladies boarded the bus. 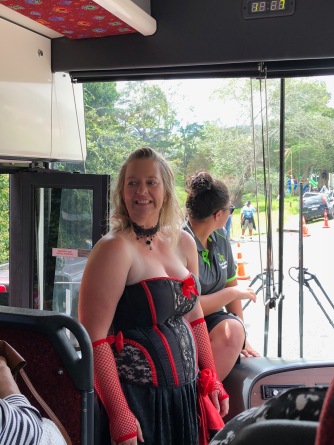 We opened our wallets and gave our money to support a new ambulance for the town.  They let us continue on to the forest were we got to meet an ancient tree. 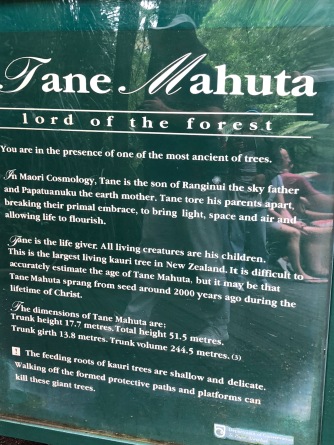 On the way back from the forest we    stopped at the first mission in the area and marveled at the emerald beauty of the views from every directions and the flowers that grew in abundance. 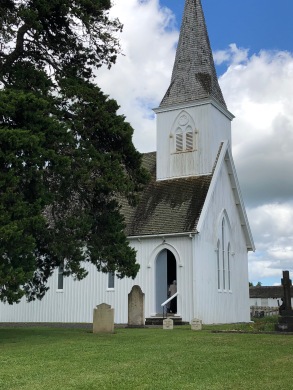 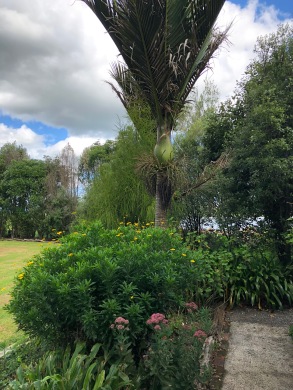