Melbourne was the first place my grandparents and my aunt stopped at on their journey to Australia in 1912.  In my book Visions from Two Continents I published my Aunt Lucille’s diary entries about that arrival.  While in Melbourne I wanted to find those places.  They entered the harbor via the Yarra River and came up to the Victoria Dock.  Today the Yarra River in the city looks like this:

The Victoria Dock was the main place where ships came in at that time.  The big ships don’t come in to that dock anymore.  Here are some shots of then and now: 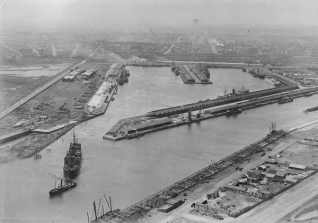 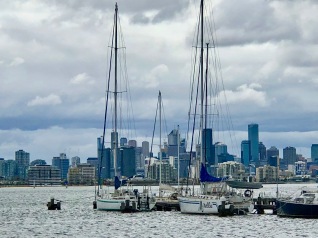 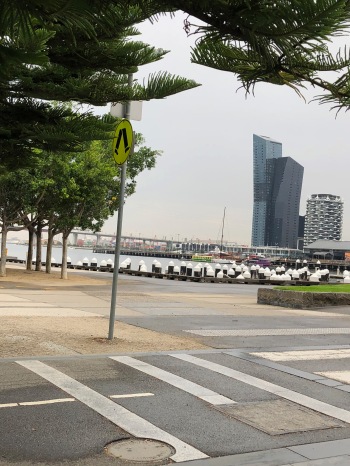 On the edge of the water you can see the white caps that were placed on the old dock pylons, perhaps that is where they landed in 1912.

My aunt also mentioned going to the Royal Botanic gardens and seeing a willow tree that had been planted from a cutting of a tree that grew on Napoleons grave.  I thought I’d try to find that tree, so my cousin and I went to the garden, passing through city streets filled with traffic we came to the garden. 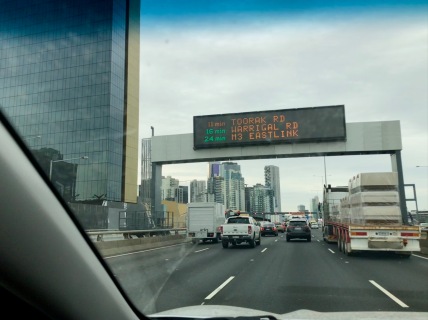 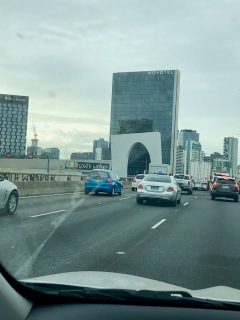 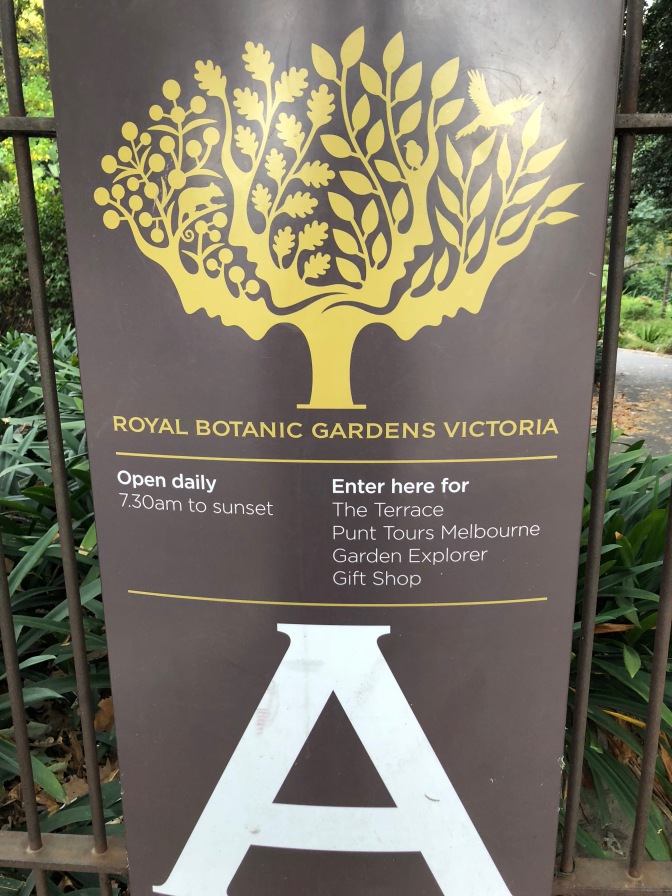 We asked about the tree at the gift shop and Vikram, the very nice gentleman there tried to look it up on his living trees list, when he couldn’t find it he called the main office.  They searched and did not find it, they thought perhaps someone had told my Aunt a story.  We bought tickets for a trolley tour of the park.  While we were riding Simon, our guide, got a call.  “Are those two ladies still on the tour?”  Vikram asked.   Simon said, “Yes.”  “Well there was a willow tree from Napoleon’s grave growing by the eel bridge, but it died 20 years ago.” Vikram told us.  We were astounded that they had done such careful research.  We went and took a picture of where it had been:

While we were having lunch Vikram stopped by and spoke to us again saying, “They didn’t replant a cutting from the tree here, but I think there is one in the Sydney botanic garden.”

The Melbourne garden was larger than the one in Sydney, with many unusual plants from around the world. 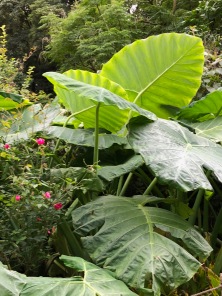 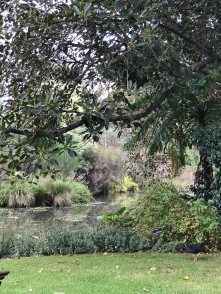 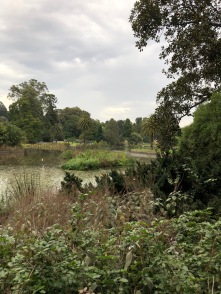 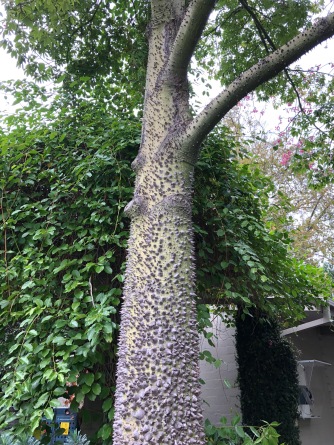 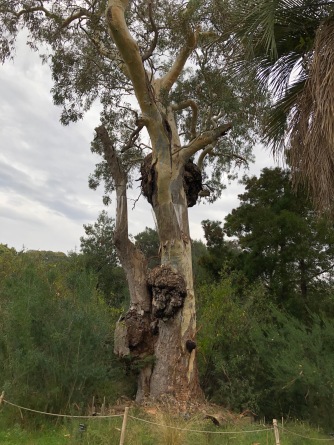 My cousin lived in a suburb of this huge metropolitan area consisting of 4.8 million souls.  Twenty percent of Australia’s population lives in this area.  Altona North is a suburb of older homes slowly being filled in by newer more densely placed duplexes. 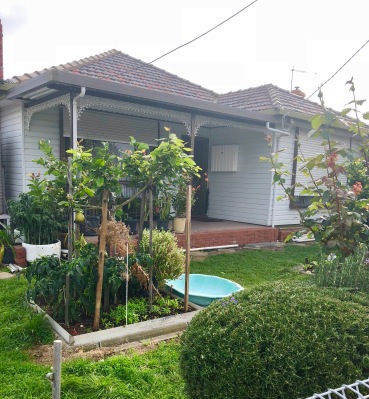 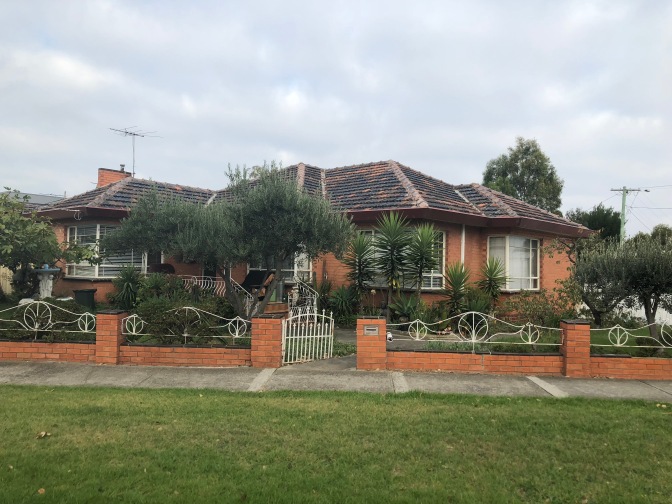 The top right picture is one of the newer double homes, two residents built where only one had been before.  The streets were lined with beautiful paper bark tea trees  often filled with squawking parrots. The flowers in the yards were gorgeous . 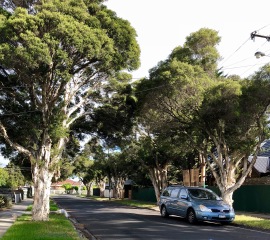 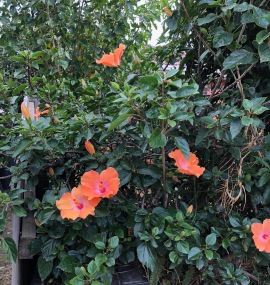 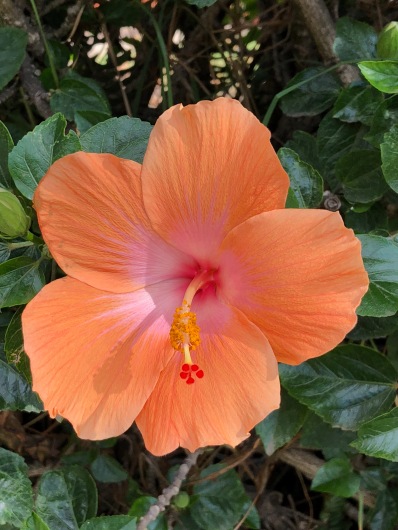 My favorite place to walk to during my three week visit was Newport Lakes Park.  This lovely park was built where there had once been a quarry.  The park was created by donations and volunteer work.  Native plants were restored and birds returned to this once barren site.  The black and white picture shows the barren quarry that existed in 1970. 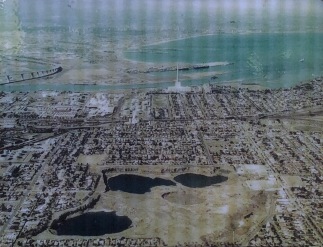 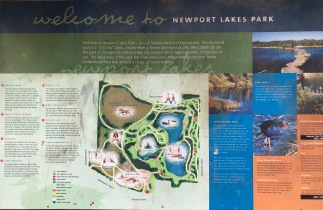 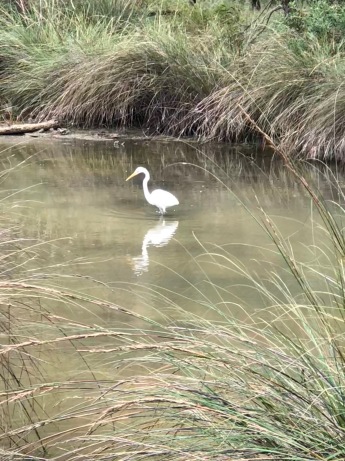 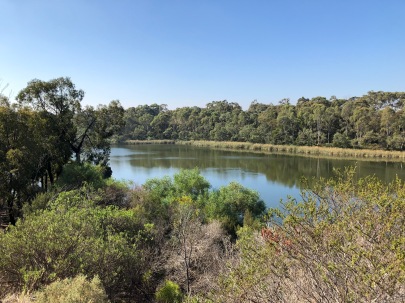 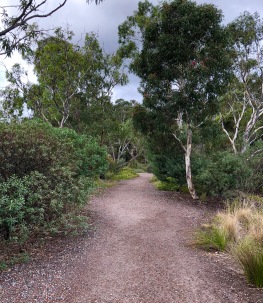 While I was there I got to attend a birthday party for the friends of Newport Lakes.  They had a concert by the elementary school band, a photo contest that was judged by my cousin’s photography club, and cake.  Everyone seemed to have a grand time celebrating their hard work creating this beautiful place. 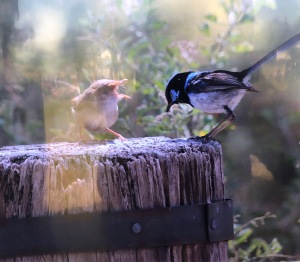 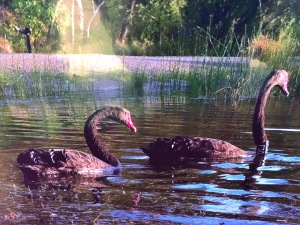 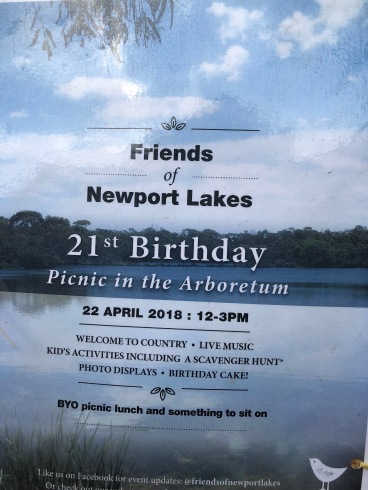 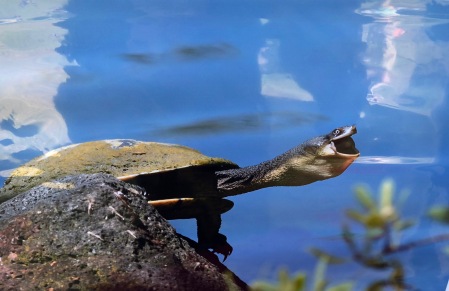 I kept returning every morning I could to watch and birds and be present in this lovely place.